After a failed attempt to remove Aristide prior to his inauguration, the Haitian military backed by the CIA successfully executes a coup d’état and Aristide flees to the US.

Marc Bazin, the US-favored candidate in the 1990 elections, is ratified as prime minister by the military government.

U.S. President George Bush exempts U.S. factories from the embargo and orders U.S. Coast Guard to interdict all Haitians leaving the island in boats and to return them to Haiti.

The OAS embargo fails as goods continue to be smuggled through neighboring Dominican Republic. Haiti’s legitimate authorities ask the United Nations to support a larger embargo in order to press the coup leaders to step down. The UN pledges to support efforts by the OAS to find a solution to the political crisis.

1993
President Aristide asks the Secretaries-General of the OAS and the UN for the deployment by the United Nations and OAS of an international civilian mission to monitor respect for human rights and the elimination of all forms of violence.

In June Haiti requests an oil and arms embargo from the UN Security Council in order to pressure the coup régime to give up power.

In July, President Aristide and General Raoul Cédras sign the Governors Island Accord, which inter alia called for the early retirement of Gen. Cédras, the formation and training of a new civilian police force, and the return of the President on October 30, 1993. Representatives of political parties and Parliament sign the New York Pact pledging support for President Aristide’s return and the rebuilding of the nation.

A contingent of U.S. and Canadian trainers aboard the U.S.S. Harlan County arrives in Haitian waters in October and is recalled because of right-wing demonstrations, setting back the Governors Island agreement. General Cédras refuses to step down as promised.

President Aristide’s Justice Minister Guy Malary, responsible for the formation of a civilian police force is shot dead in Port-au-Prince weeks after local businessman and Aristide supporter Antoine Izmery is executed outside of a local church.

The UN calls for “strict implementation” of the embargo against the de facto authorities. The Civilian Mission’s human rights observers are allowed to return in small numbers.

In May additional sanctions were levied against the régime through a naval blockade supported by Argentine, Canadian, French, Dutch and U.S. warships. Tensions increase as human rights violations continue. The Civilian Mission is told by the de facto authorities to leave the country.

The UN Security Council passes Resolution 940 authorizing the Member States to form a 6,000 multinational force and “to use all necessary means” to facilitate the departure of the military régime.

On September 15th, U.S. President Clinton declares that all diplomatic initiatives were exhausted and that the US with 20 other countries would form a multinational force. On September 19th these troops land in Haiti after the coup leaders agree to step down and leave the country.  On October 15th, President Aristide and his Government-in-exile return to Haiti. 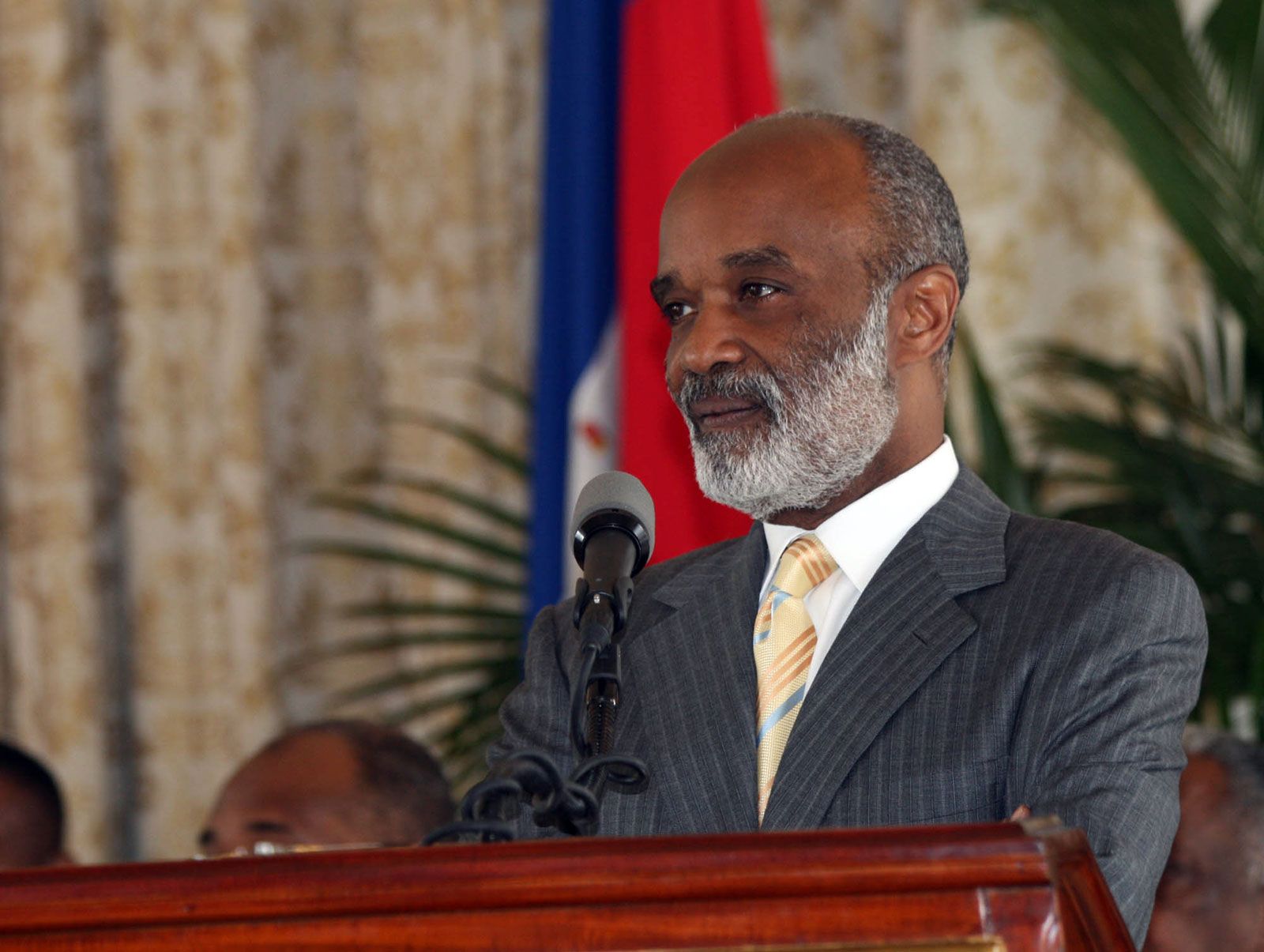 The Haitian government agrees to implement an economic development package from international agencies that requires lowering tariffs and wages as well as privatization of state-owned entities.

Aristide is reelected president winning 92% of the popular vote.

Aristide begins to develop a partnership with Cuba and Venezuela, which would result in 800 Cuban healthcare workers in Haiti and reduced oil prices from Venezuela.

Aristide demands that France pay Haiti reparations to the tune of $21 billion (the modern day value of the 90 million francs that Haiti originally paid as an indemnity to France).

Following political unrest instigated by critics of Aristide and the uprising of a rebel group funded and trained by the US, Aristide is forced to resign and is removed from Haiti by US troops.  Aristide is forced into exile in South Africa.