in About Haiti, Artibonite, Tourism
2 min read
A A

Fort Drouet is one of twenty military defense structures erected following Haiti’s independence in 1804. Drouet is an imposing building with of a thick perimeter wall, reaching more than five meters high in places. This wall also contains many loopholes for rifle fire as well as cannon embrasures for defensive purposes. Positioned at the top of a hill, this five-bastion fort’s plans closely resemble that of Fort Madame in Marchand-Dessalines. 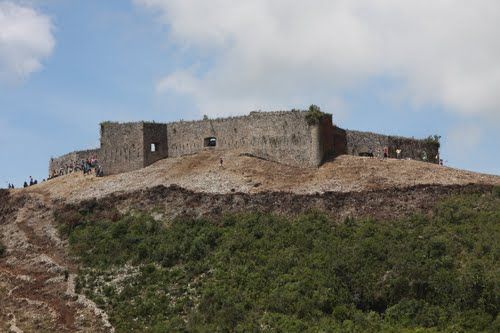 This position allowed soldiers to monitor views on both the Gulf of La Gonâve and the Artibonite Valley. Fort Drouet also benefitted from clear visual contact with Fort Delpeche (1804), which is located to the west, in the hills overlooking Williamson and Carriès. 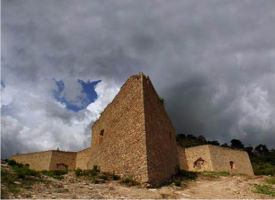 Marchand Dessalines was the first city founded by the government following the proclamation of Haiti’s independence in 1804.

Of primary interest in this city is a network of fortifications built for both defensive and offensive purposes. This network comprises six forts: Forts Culbuté, Décidé, Duco, Madanm, Innocent and Fin du Monde (English for “end of the world”). Because of its position, fort Fin du Monde gives visitors the impression of “having the world at their feet.” All of Marchand Dessalines’ fortifications are in fairly good condition. Road access to visit these sites of our fighting spirit and uncompromising nationalism are not yet completely modernized. Let’s just say, that this will only add to the curiosity and interest they arouse in those adventurous spirits who choose to embrace the journey.