in About Haiti, Culture, Literature
3 min read
A A 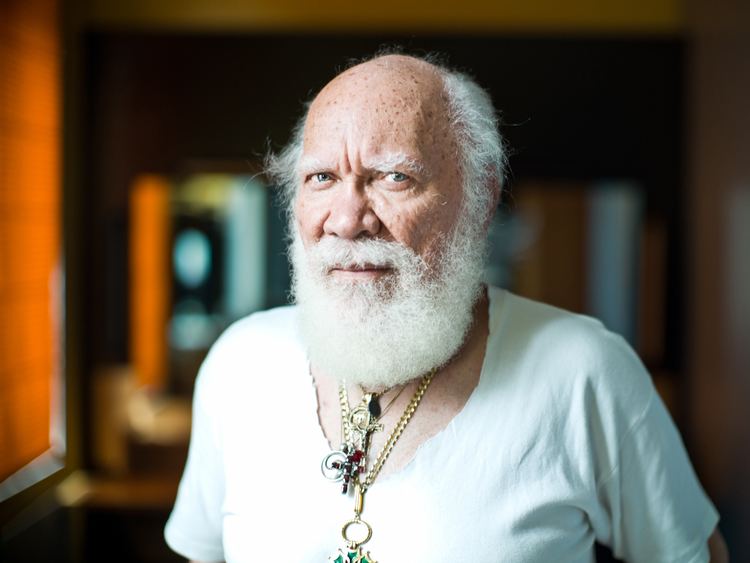 Frankétienne (1936-), Haitian writer, painter, actor, singer, mathematician, activist, and intellectual, was born Franck Étienne on 12 April, 1936 in the Artibonite region of Haiti. His father, an American industrialist, abused Etienne’s mother, and he was born due to this situation. He was raised by his mother in the Bel Air neighborhood of Port-au-Prince, where she worked as a street merchant to support her eight children, managing to send Franck, her eldest, to school.

As a young poet in the early 1960s, he frequented a regular literary salon hosted by novelist *Marie Vieux Chauvet for a group of politically minded poets known as the Haïti Littéraire (Literary Haiti) group.

Though not an official member of the collective, he was deeply influenced by members Davertige, Serge Legagneur, Roland Morrisseau, Anthony Phelps, and René Philoctète, all of whom ultimately were driven into exile from President-for Life François Duvalier’s Haiti.

Married to Marie-Andrée Étienne, mother of his son Rudolphe, Frankétienne is widely known as the author of Dezafi (1975), the first novel ever written in Haitian Creole, as well as for his decision to remain in Haiti throughout the dangerous period of François and Jean-Claude Duvalier’s dictatorial regimes.

Over the course of half a century, Frankétienne penned over fifty plays, poetry collections, and works of prose fiction in both French and Haitian Creole, beginning with the publication of his first poems in the 1960s. His paintings number in the hundreds. Considered one of the most important figures in twentieth and twenty-first century Haitian literature and the arts, Frankétienne long enjoyed immense popularity in Haiti and among members of the Haitian diaspora.

Although necessarily a member of the intellectual elite, he sought throughout his career ways to reduce the distance between himself and members of the popular and peasant classes in Haiti, creating and participating in projects for the development of the community as well as dedicating himself to the more solitary task of creative writing. 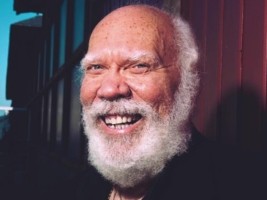 Well aware of the extent to which illiteracy prevents many Haitians from participating in the literary sphere, Frankétienne always made it a point to write plays in Creole meant for Haiti’s stages and to produce audio recordings that might reach a broader public. Notwithstanding this prolifically and renown among Haitians in Haiti and abroad, however, Frankétienne’s work remained for several decades engulfed in near total silence outside of his island.

Having elected to remain in Haiti throughout the exceedingly repressive and silencing Duvalier presidencies, for fear of being prevented from returning, he spent the better part of his writing career in relative isolation – on a literal, physical level – from the literary “mainstream” of the Caribbean region. Only very few of his texts were published and circulated outside of Haiti, making them difficult to procure.

It was not until the late- 1980s that his works became the object of sustained critical consideration in both a national and international context.