in About Haiti, History
5 min read
A A

On the eve of the French Revolution, the Third Estate assembles in the tennis court at Versailles to write a new constitution and declares itself “the nation, the true representatives of the people,” swearing “as a body, never to disperse.” Nearly all colonial deputies participate, “and in the general euphoria and enthusiasm” the Third Estate recognizes the principle of colonial representation.

Mulattoes and free blacks pursue representation and equal rights as free persons and property owners, but are blocked by white colonists. In the National Assembly, absentee planters prevent the reemergence of the “mulatto question” to avoid a debate that could grant these rights. Meanwhile in the colony free blacks are now richer, more numerous and more militant than in any of France’s other colonies. Planters, fearful of giving up any control and increasingly divided amongst themselves, become more abusive, executing mulattoes whenever possible. 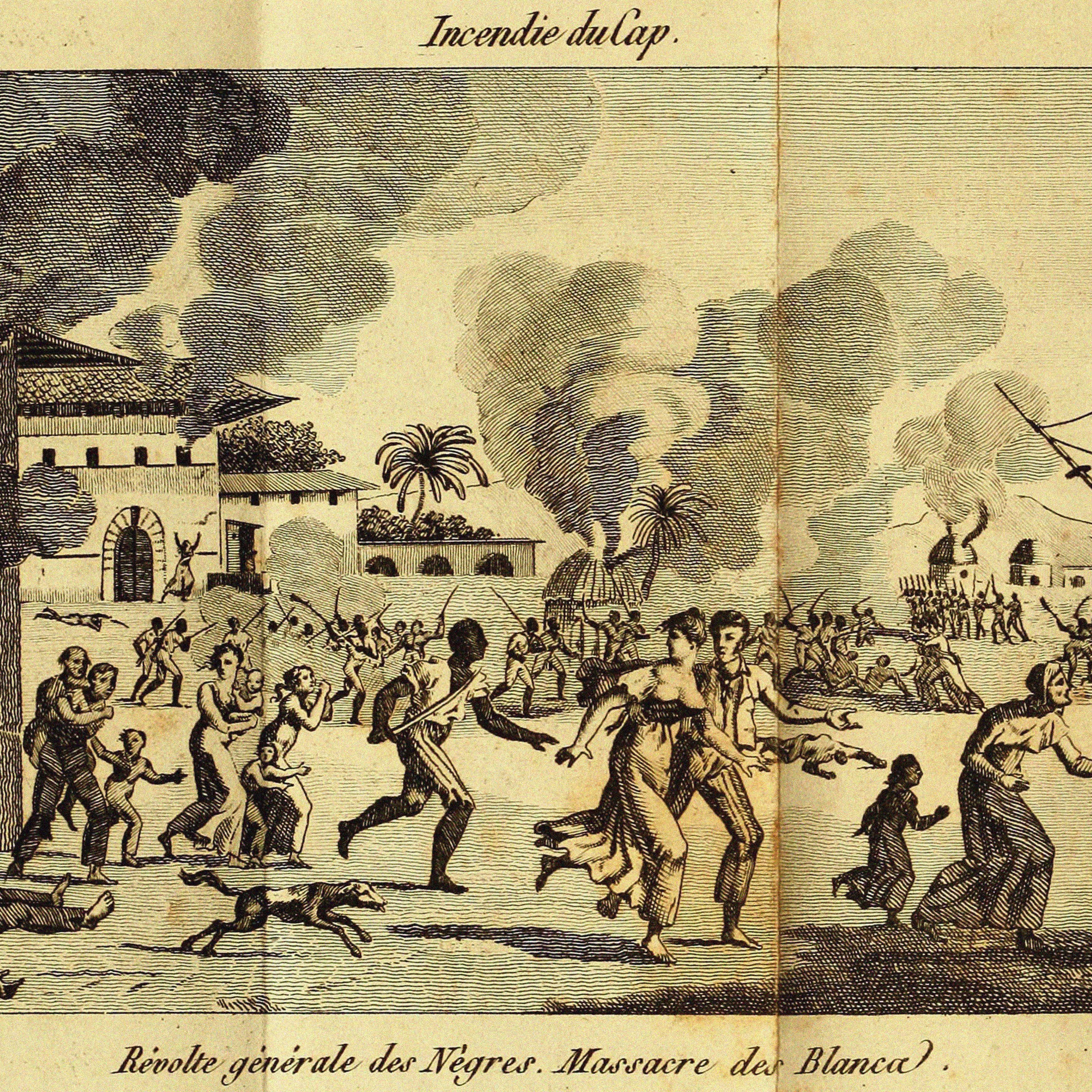 A white colonist later writes in 1789, “What preoccupies us the most at this time are the menaces of a revolt . . .Our slaves have already held assemblies in one part of the colony with threats of wanting to destroy all the whites and to become masters of the colony.”

Slaves in Martinique revolt, partly due to the influence of the French Revolution. Saint-Domingue is increasingly unstable as well: at the end of the year the colony experiences a devastating drought and marronage increases as slaves abandon their plantations at higher rates. In reaction, whites become even more violent toward mulattoes, free blacks and white sympathizers.

The Third Estate proclaims itself the National Assembly in France and votes to seat six delegates from Saint-Domingue.

The French Revolution begins with the fall of the Bastille.  France’s political and social structures descend into chaos as violence breaks out.

In Saint-Domingue the Colonial Assembly forms to combat actions the French National Assembly has taken on behalf of free blacks and mulattoes.

Louis XVI assents to the Declaration of the Rights of Man and Citizens, saying that the rights are “granted to all men by natural justice.”

The French National Assembly accepts a petition of rights for “free citizens of color” from Saint-Domingue.

A new decree in France grants full legislative powers to the Colonial Assembly, giving the colony almost complete autonomy. The decree sidesteps the mulatto issue, leaving it to the planters to interpret and declares that anyone attempting to undermine or to incite agitation against the interests of the colonists is guilty of crime against the nation.

News of the March 8 decree reaches Saint-Domingue. The Colonial Assembly in Saint Marc begins issuing radical decrees and reforms, pushing the colony further toward autonomy from France and creating conflict between the colony’s royalists and patriots. Saint Marc planters also vow that they will never grant political rights to mulattoes, a “bastard and degenerate race,” and expressly exclude them from the primary assemblies. Mulattoes continue to be frustrated in their attempts to secure their rights and a new Colonial Assembly is elected without a single mulatto or free black vote.

The French National Assembly dissolves the Colonial Assembly at Saint Marc. The governor of Saint-Domingue amasses troops to dissolve it by force. The colony is now divided between royalists and patriots; both groups court mulattoes’ support.

The Colonial Assembly refuses to disband and issues a call to arms of all citizens. At last, outnumbered by the governor’s forces, the 85 assembly members realize they’re trapped. They manage to board a ship, the Léopard, and sail to France to plead their case to the National Assembly. There, they attempt to reaffirm their right to legislate free persons of color.