Haitian History: La Hispaniola, is an island shared by modern-day Haiti and the Dominican Republic, is located in the Caribbean Sea between Puerto Rico, Jamaica, and Cuba. It is fewer than 700 miles southwest of Florida. Haiti occupies the western third of the island and is home to nearly 10 million people. Since its independence in 1804 Haiti has been beleaguered by foreign occupation, long-term dictatorships, and political instability. It is the poorest country in the Western Hemisphere. However, the country is also renowned for its remarkable history and culture: Haiti was the first independent nation in the Caribbean, the second democracy in the western hemisphere, and the first black republic in the world. 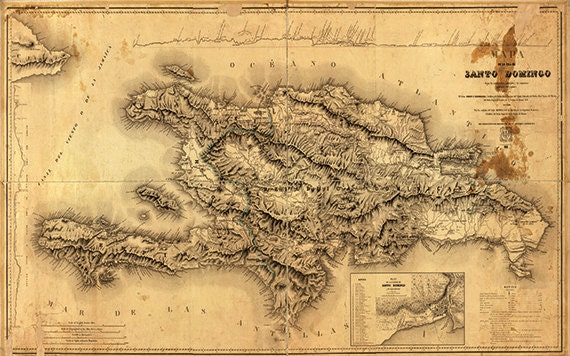 Haiti was claimed by Christopher Columbus in 1492 on behalf of the Spanish, who renamed it Hispaniola. The Spanish proceeded to kill virtually all of the island’s native inhabitants, and French colonists would eventually import millions of slaves to sustain the colony’s plantations. In 1697 France gained control of the western third of the island and named its new territory Saint-Domingue.

Saint-Domingue became France’s wealthiest colony up until 1791 when slaves, free blacks and mulattoes launched an organized rebellion. The insurrection movement ultimately became the only successful slave revolution in history. In 1804, after more than a decade of warfare, European forces evacuated their troops and residents from the former colony, which reclaimed its original name of Haiti and declared independence.

French Rule and Tensions in the Colony

Upheavals in France and Saint Domingue

The Final Years of the Revolution