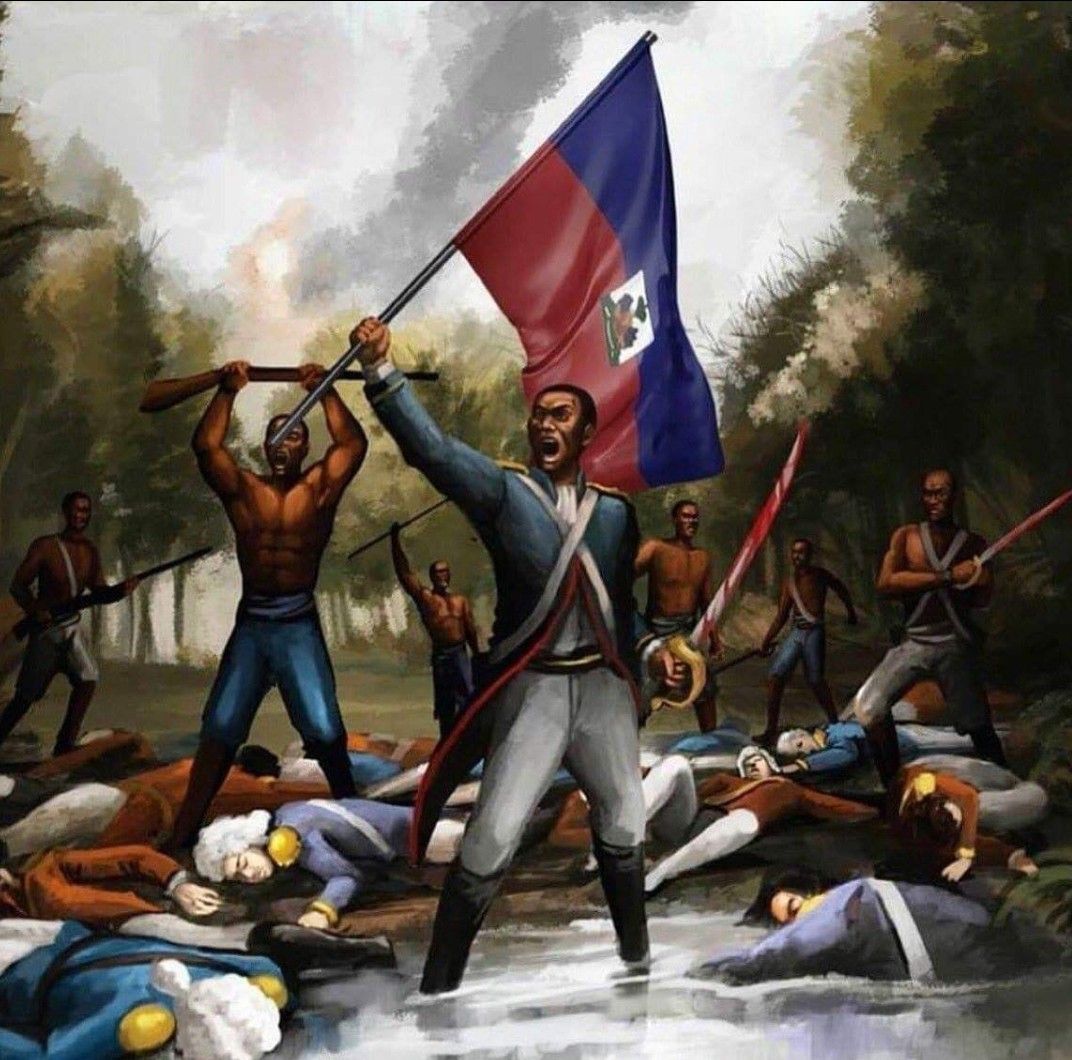 In Gonaïves, Dessalines proclaims Haiti’s independence, signaling the formation of the world’s first black republic. He publishes a Declaration of Independence, signed by himself and Christophe, and the colony “Saint-Domingue” is abolished forever. The original Taino name of Hayti is officially restored.

“The proclamation was a formal acknowledgement of the self-determination of those diverse and ordinary individuals of whom the black masses were composed.”

Though Haiti is independent, Haitians still fear that they will be invaded by outside forces. French troops remain in the eastern part of Hispaniola and France is actively lobbying England, Spain and the United States to isolate Haiti commercially and diplomatically. France emphasizes that Haiti is a threat to the countries’ plantation system and slaveholders. The global community shuns Haiti, a major contributing factor to Haiti’s later impoverishment.

Dessalines orders the slaughter of the remaining French residents in Haiti after promising them protection. Blacks and mulattoes, most of them former slaves, exact revenge on the whites and as many as 4,000 are killed. They are urged on by Dessalines, who famously cried, “Koupe tèt, brule kay,” meaning, “Cut their heads, burn their houses.”

Dessalines is crowned Emperor Jacques I of Haiti.

Upon declaring independence, Haiti claimed a singular place in world history. The Haitian revolution, lasting from 1791 to 1804, culminated in the first independent nation in the Caribbean, the second democracy in the western hemisphere, and the first black republic in the world.

Since the revolution, over 200 years ago, Haiti has struggled with external and internal dilemmas. The revolutionary wars had destroyed nearly all of the country’s colonial infrastructure and production capabilities. In the 1800s Europeans and Americans ostracized the fledgling nation politically and economically, contributing to Haiti’s decline from one of the world’s wealthiest colonies to one of its most impoverished countries.

The 20th century ushered in an era of American occupation from 1915 to 1934 and totalitarian regimes under the Duvaliers from 1957 to 1987. After decades of political suppression, Haiti held new democratic elections and in 1991 President Jean-Bertrand Aristide took office. He was ousted just months later, and the following years were filled with coup d’états, military regimes, and daily violence.

Haiti is clearly an exceptional nation, and one that has had a profound impact on the world since it was claimed by Columbus over 500 years ago.