in About Haiti, Culture, Literature
2 min read
A A 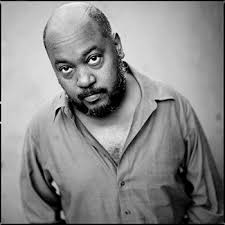 Following his parents’ divorce in the late 1960s, he went to the United States with his mother. He returned to Haiti at age 19, in 1975. Between 1980-82, political repression forced Trouillot to emigrate to Miami. He studied law, but he switched to literature early in his career.

Trouillot has contributed to different newspapers and magazines in Haiti. He has published poetry, and also writes song lyrics for such musical artists as Tambou Libète and Manno Charlemagne. Trouillot is a co-editor of the journal Cahiers du Vendredi. Along with his sister Evelyne Trouillat and her daughter Nadève Ménard, he founded a writer’s organisation named Pré-Texte.  In 2014 he wrote together with Raoul Peck and Pascal Bonitzer the script for Peck’s feature film Murder in Pacot.

Trouillot is known for his services to democracy in his country, and for his resistance to the Haitian dictatorship. He was part of the Collective Non of intellectuals and artists that helped to force out the democratically elected president Jean-Bertrand Aristide. He was a member of the transitional government following the departure of Aristide, as a cabinet minister of culture.