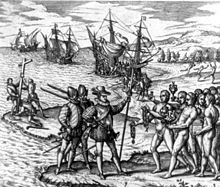 Columbus lands on Hispaniola, which the original Taino inhabitants call “Ayti,” meaning “mountainous land.” Columbus builds a small fort named La Navidad and leaves 39 of his men behind to search for gold. The men mistreat the indigenous population, pillaging their villages, seizing their women and committing acts of violence.

The Tainos retaliate by killing the men and burning down the fort. When Columbus returns a year later with 17 ships and 1,200 men to enlarge the settlement, all he finds is the ruins of La Navidad.

Fray Bartholome de las Casas goes to the colony to “stop the suffering of the Indians under Spanish exploitation.” Bartholome, shocked by the treatment of “this most lovable and tractable people,” begins importing African slaves as an alternate labor force.

Slaves revolt against Spanish rule for the first time, 269 years before the Haitian Revolution. The rebellion is quickly and harshly suppressed. The revolt is the first of many as slaves fight colonial rule throughout Saint-Domingue’s history using various forms of resistance.

The first French settlers begin to occupy western Hispaniola. The first settlers are of a “dubious nature,” composed of former pirates and buccaneers.

British and French settlers increasingly occupy the western third of Hispaniola, threatening Spain’s claim on the island and its colonial empire. The three nations would battle each other up until the end of the Haitian Revolution for control of Saint-Domingue.

France sends a representative to Hispaniola to establish its claim on the island.

French settlers begin tobacco production, thus initiating the transition to a plantation-oriented economy. The shift to plantations necessitates a much larger labor force, and the colonists begin importing more slaves from Africa.

From 1679 to 1704 there are four armed conspiracies organized by slaves. All are “aimed at the massacre and annihilation of their white masters.” The rebellions, quickly suppressed, demonstrate the slaves’ continual unrest and resistance.

Indigo plantations are introduced to Saint-Domingue. Colonists quickly find that indigo is extremely lucrative, and begin large-scale production. The need for plantation labor is once more accelerated and slaves are brought from Africa in increasing numbers 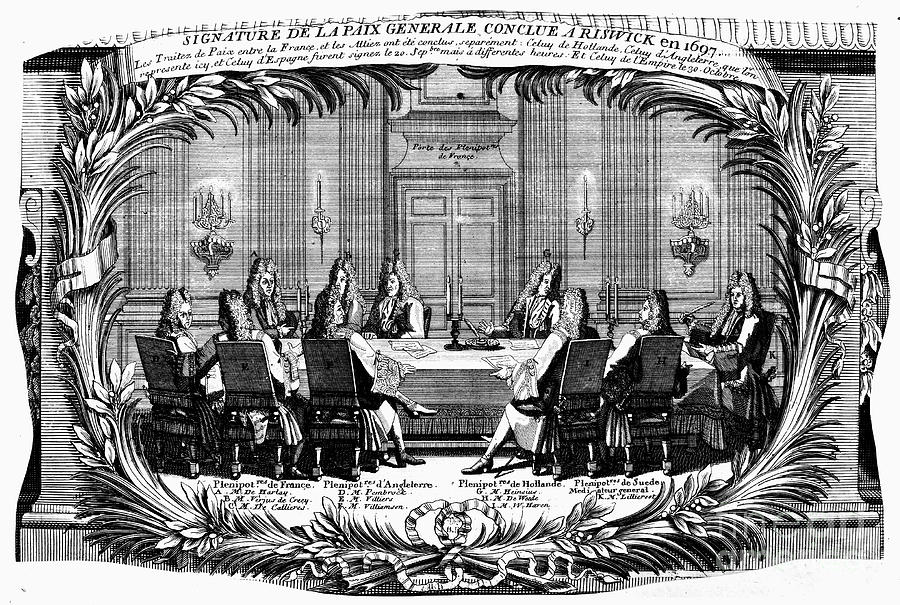 The Treaty of Ryswick: Spain recognizes France’s presence on Hispaniola and cedes the western third of the island. The French call their new territory Saint-Domingue and the Spanish call their territory Santo Domingo. Saint-Domingue, known as the “Pearl of the Antilles,” becomes France’s most lucrative colony, holding world production records for sugar and coffee by the end of the 18th century.